CityPass brand is a city card system that combines the services provided by urban enterprises run faster, more efficiently and easier to use, as well as paying for city, utility services. CityPASS city card = multifunction card.

The city card is primarily intended for citizens, as well as for visitors to the city and its surroundings. It is a multifunctional card that enables citizens:
- Protected and secure user identification
- simple realization of city rights
- accelerated purchase and use of city services
- reliable canvas functionality

On the other hand, city administration benefits are significant because it provides a tool that enables:
- Enhancing communication between services and citizens
- transparency of city activities and provision of services
- recognizing habits, and therefore the needs of citizens
- increasing the efficiency of city companies
- greater involvement of citizens in participation in public life of the city
- obtaining analytical data for more efficient delivery of city services

The first City Pass, a city card system, was implemented in Rijeka starting in 2014, so-called RIJEKA CITY CARD - RCC. In this system the city card is also a canvas card under the brand DINERS Club Rijeka City Card.

Nowadays, Rijeka City Card has over 80,000 users, it is based on RFID technology and at the same time it functions as an identification document for the realization of city rights, but also as a canvas bank card. For the realization of this project, about 800 private locations in Rijeka are equipped with RFID readers and printers to use the RFID chip on a smart card to be recorded in the IT database of the city card system. It should also be noted that PENTA has spent considerable resources in preventing any card abuse.

The city card is used for city transport payment (KD Autotrolej) and parking (Rijeka Promet), renting public bicycles (KD Autotrolej), for participation in the loyalty program of the Tower Center, as an ID card in the Rijeka City Library, for the internet sale (DinersClub ECC WebShop), trade and hospitality activities (DC ECC partners), but the plan is also to introduce them into sports facilities, swimming pools, museums and theaters of the City of Rijeka.

The City Card System is one of the most significant efforts, resources, researches, and today it undoubtedly provides valuable benefits to users of the same. The system has a bright future and is expected to become the imperative of most cities because it can provide even more with the functionality so far, it can be used as a card to control passage and record working time in companies, a social entitlement card for sharing food in kitchen kitchens, integrate with a student card... 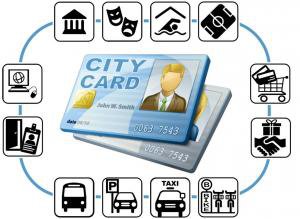 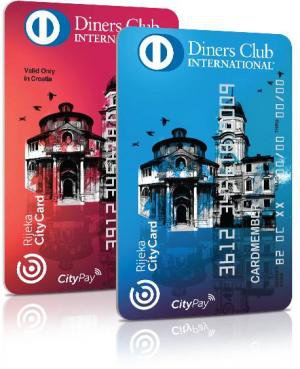